Jaivant Patel Dance presents an evening of solo Kathak dance, exploring the intersection of faith and sexuality within the context of his Indian heritage. Patel's performance is both vulnerable and resolute as he delves into his own narrative as an LGBTQ+ man of South Asian descent.

The stage is bear but with gold bells suspended from the ceiling. The ringing of a bell marks the beginning of the piece, just as it marks the beginning of worship and the invoking of gods and goddesses in pooja (prayer or worship). Patel is dressed in a long red tunic and pants with a gold scarf draped over his shoulder. His eyes follow gestural hands and gaze out across the audience. Lost in Hassan Mohyeddin's percussive score, Patel smiles, striking his feet and gliding through the space. 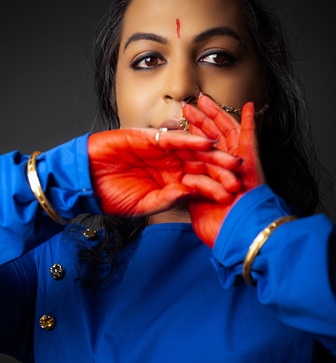 YAATRA is woven with feminine motifs that emphasise a sense of gender fluidity. In one section, the lights drop, illuminating only Patel's ankles. Patel's feet move quickly and rhythmically as his heels beat the ground. Our attention is drawn to the ghungroo (ankle bells) around his ankles and his painted toenails: it's possible to be both masculine and feminine at once. This dream-like sequence is interrupted by a woman shouting. Patel sits down, and the words "boys don't wear scarves... boys don't wear nail varnish" punctuate the quiet. Patel's personal journey to understanding his sexual and gender identity is evident throughout YAATRA with these moments of cultural divergency. 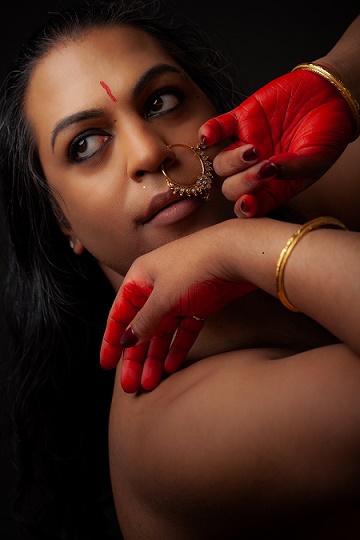 YAATRA also challenges the gender binaries present in Indian mythology and epic tales. Although classical Indian dance, like Kathak, typically sees men playing women and women playing men, love stories never play out between actors of the same sex. Patel seeks to challenge this heteronormativity and asks what these narratives would look like with a male performer playing the role of a genderqueer hero falling in love with his male god.

Patel doesn't proclaim to be a classically trained Kathak dancer, instead he uses the dance form as a point of reference for his Indian heritage. Freed of a codified dance technique, YAATRA presents a man who is liberated and free to be himself. As he mentioned in the post-show Q&A, Patel's aim isn't to present more "boxes" for people to squeeze their identities into, but rather the possibility of a gender fluidity where gender and sexuality don't need to categorisation. As Patel noted in the Q&A, walking into a space of ritual can be a difficult experience for those from the LGBTQ+ community. YAATRA successfully breaks down these boundaries to create a safe space for an intimate exploration of these narratives within the context of South Asian worship.