REVIEW: Jasmin Vardimon's Medusa: a re-conceptualisation for the era of green politics and #metoo

With rippling snake arms that whip out from her back, dancer Jasmin Orr emerges from the darkness amongst huge, sweeping clouds of plastic. Vardimon's Medusa starts out shadowy and ethereal. The billowing plumes give birth to Vardimon's cast, who writhe underneath, shaking the plastic as if unleashing a storm. The dancers move with an animal physicality, flanked by industrial chimneys, which seem somewhat reminiscent of Greek columns. 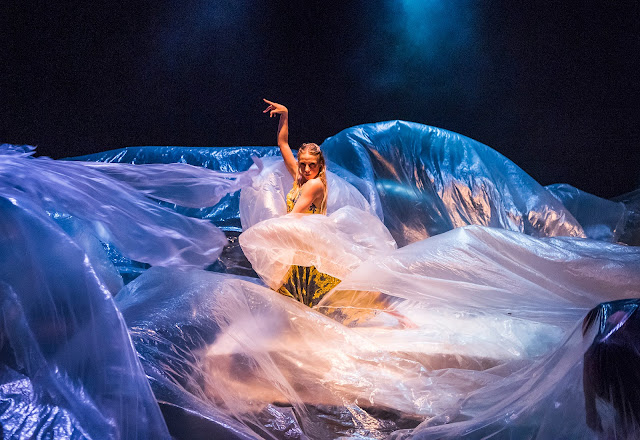 Vardimon's Medusa is a varied conceptual exploration of Ovid's story of Medusa, the serpent headed gorgon. It makes reference to the jellyfish, or as it is known in twenty-eight other European languages "medusa", and explores the integral and ruinous consequences of climate change and the current socio-political climate in the West. Given the recent warnings issued by IPCC this October, Vardimon's commentary on global warming and the devastating effect of plastic in our oceans is especially telling. Medusa also comments on the #metoo movement and gender inequality. As Vardimon admitted in a post-show Q&A, there's a lot packed into Medusa. 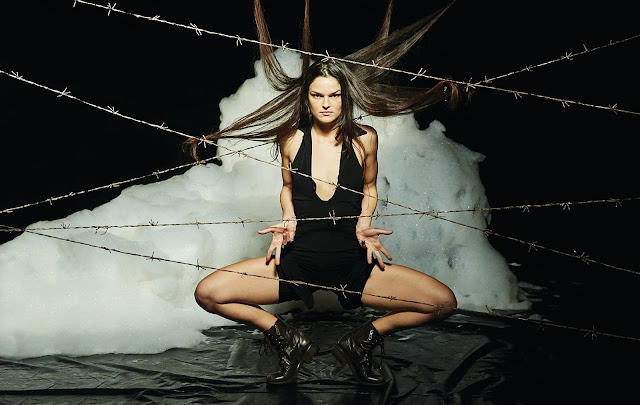 The international eight-strong troupe are utterly captivating. In particular, Joshua Smith gives a bold and compelling performance. Clad in a business suit, Joshua is seen bellowing at his 'shadow' (fellow dancer Patricia Hastewell Puig) who scurries on the floor by his feet, giving aggressive monologues about the 'place' of a woman, and (literally) spurting rubbish as he swans about on stage with a waste bin on his head. Smith's performance was both physical and caricature in places. 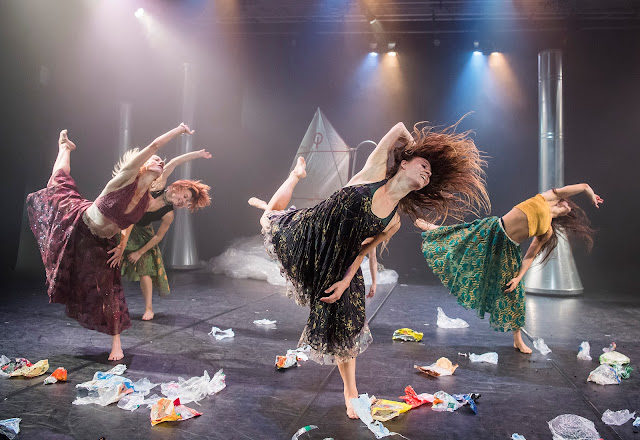 Vardimon creates mesmerising images on stage, such as the plastic, doll-like creatures the women become, as they stand wide-eyed and wrapped in plastic. However, her depiction of the rape, for me, didn't quite hit the mark. It isn't hard to find a brutal rape scene nestled into almost every popular story or TV show- think Game of Thrones. These cruel episodes tend to eventually become the female protagonist's cornerstone, and ultimately the bedrock of her identity. In Vardimon's rape scene, dancer Silke Muys' body is grabbed, squeezed and groped by the cast, as she screams and thrashes in the dark. Vardimon should be lauded for pointing towards the forgotten reason for Medusa's monstrous transformation (the rape by Poseidon). Yet, despite noting the complicity of women in their own oppression (another woman leads the groping), the scene itself seems to perpetuate the stereotype of female victimhood. Perhaps the entire scene could have been differently conceived.